Youth 16 years and under are invited to participate at the field trails as a “Junior Handler.” They are encouraged to help out in whatever way they can. Whether it be bringing dogs to the line for a race, watering them afterwards or helping out around camp. There is always lots to be done and kids love being actively involved. Whenever someone notices a junior handler taking responsibility or helping out, they can fill out a slip detailing what they observed and put in a vote for them. The junior handler with the most votes wins the award.

Farley Smith was an active member of both the ATHA and EKTHA (East Kootney Tree Hound Association). He was an avid outdoorsman who enjoyed working his pack of Treeing Walkers in the field, as well as showing them in the ring. He took an interest in the club’s youth and began organizing the children’s bench show event. When he passed away in 1998, the club decided to honor him by creating the Farley Smith memorial trophy. Each year, the junior handler who earns the most points, is named Top Junior Handler. Their name is engraved onto the club’s trophy and they receive a plaque to keep, in memory of their achievement. 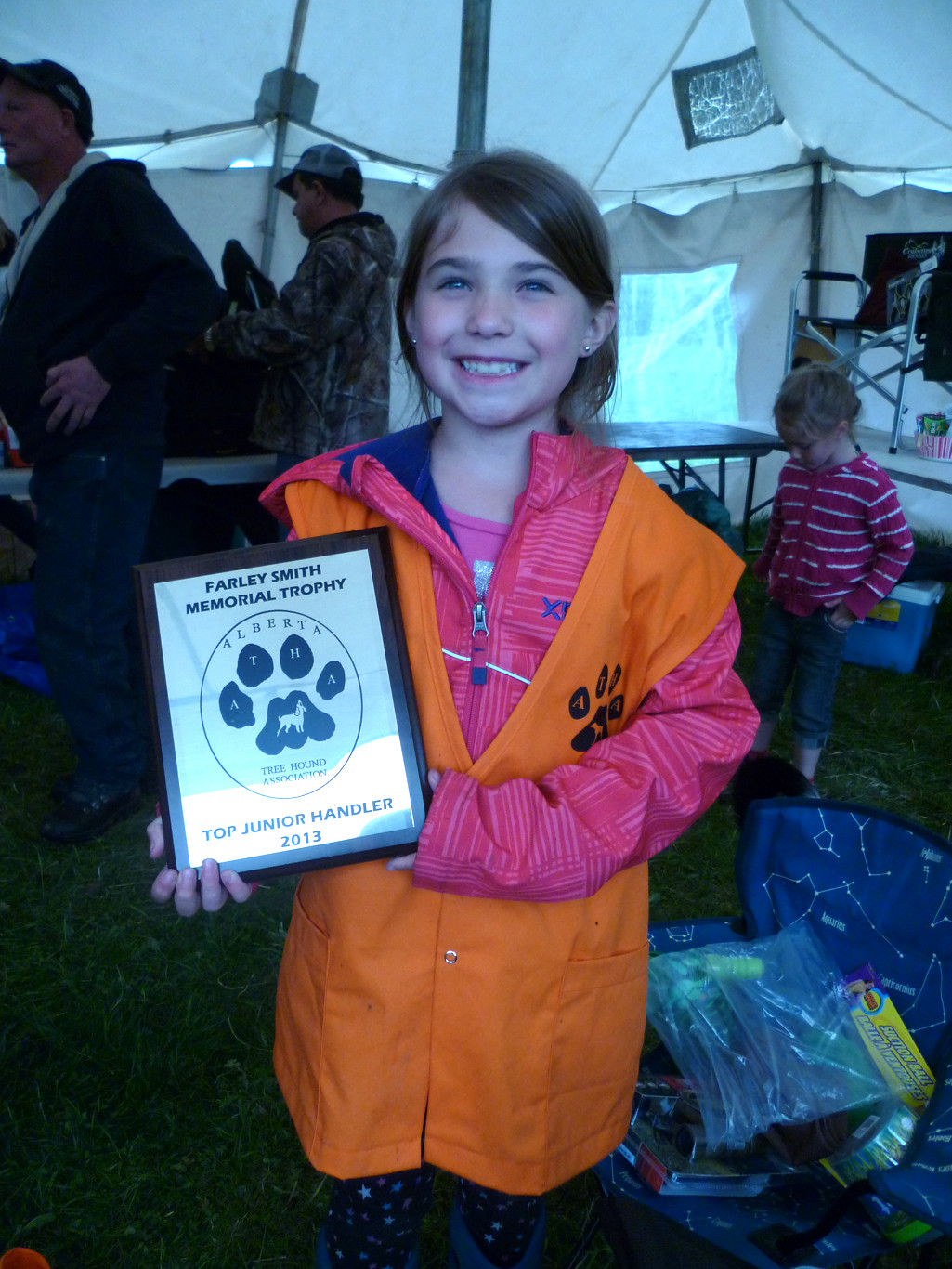