One thing has remained the same, the love of its members for their dogs…

The club officially began in 1988 when it was incorporated under the name, the “Alberta Houndsmen Association.” Originally it was thought that other trail hound groups would join the club but as it turned out, they did not. The name was therefore later changed to “The Alberta Tree Hound Association,” in order to better reflect the club’s interests and goals. Like all clubs, it was formed by a group of individuals who shared the same passion. In this case, hunting with tree hounds.
Members knew that they would not be able to survive let alone grow on memberships alone, so on June 17-18, 1989 they held their first Field Trial event. It was noted in the newsletter that Bob Christian organized the event while Dick Wilson donated a blue tick pup for the raffle. In addition to the traditional events that we enjoy today, the early field trials were located in an area where swimming races could be run. A great deal of fun and comradery was had by all, a respectable $400 was raised and a yearly tradition was born.

Over the years the club has grown and changed but one thing has remained the same, the love of its members for their dogs and the passion that they all share for the sport. 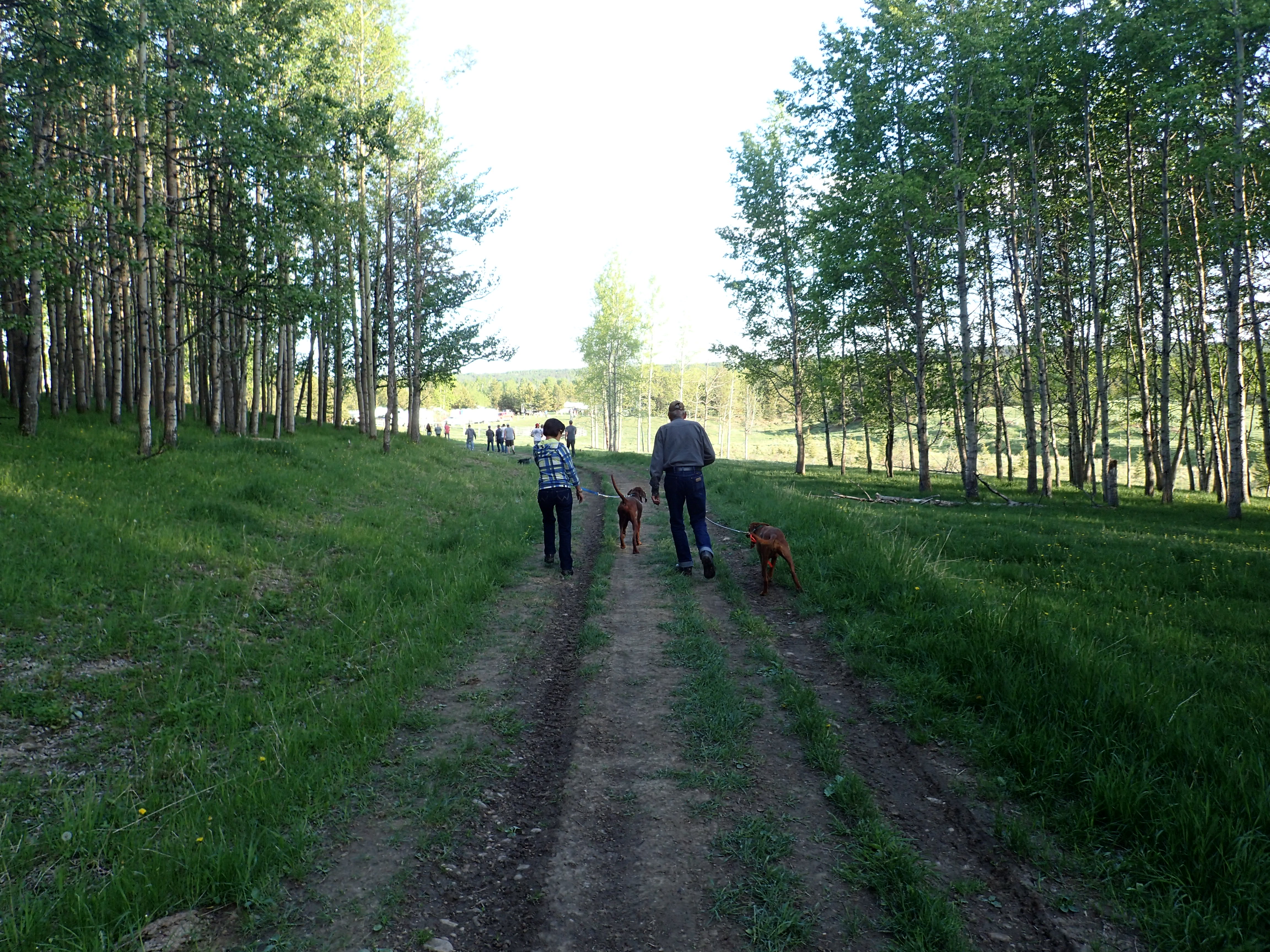